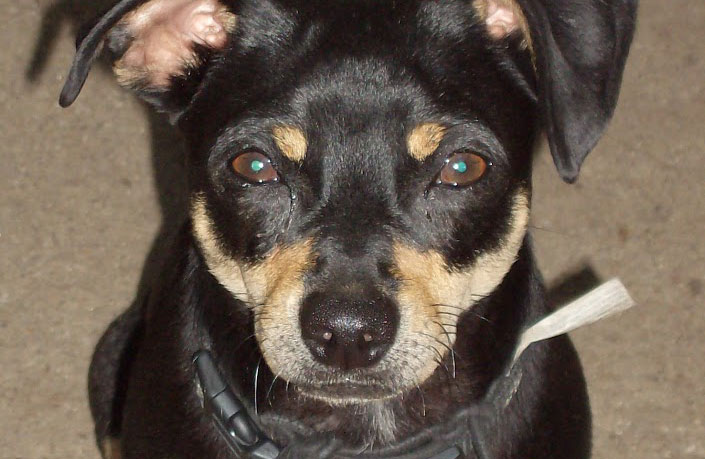 Scooter was the first dog that I took in from a homeless man named Greg.  Greg knew that he could not take care of himself and being older and a drinking problem having Scooter living on the streets was no home for him.  He wanted to give him a better life.

Scooter had led a vagabond life living on the streets in the care of three different homeless people. He’s travelled as far as Florida to Kansas City with one of his care takers. When Scooter came to the attention of Angel Hearts he was being taken care of by two different homeless people who took turns caring for him although neither of them had money for food for themselves much less Scooter. They wanted only the best for Scooter and although it was heartbreaking they asked for Angel Hearts help placing Scooter in a real home where he could get the things they could not give him. Angel Heart found a wonderful rescue organization to take in Scooter and found him a wonderful home with a single mom and her daughter. Scooter is now living the good life with a new family being spoiled just like his homeless friends dreamed. Please consider donating to Angel Hearts, without your support we cannot continue our mission. Donations can be made through PayPal atangelheartsrescue@gmail.com